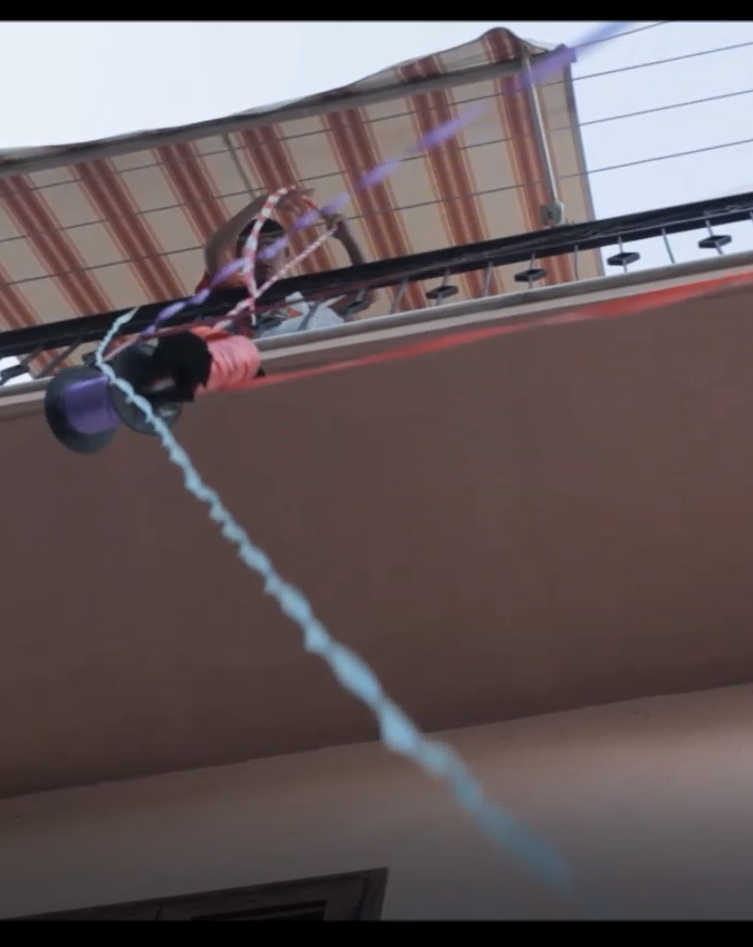 In 2014 "Ich bin Du" was created, a continuous dialogue on the Other between the artist Valeria Sanguini and the migration researcher Susanne Rieper. In 2016 they created together the art installation La Tenda_al MAAM by Valeria Sanguini in the MAAM, Museum of the Other and the Elsewhere in Rome. The vertical lines cross an abandoned room, a verticality that knows no fixed form. The Tent is complete. The horizon is not defined, it no longer meets the earth, it floats and can venture forward in search of new paths and clues. Velvet ribbons draw magnetic meridians on the metal of these walls, where colour meets gesture, borders are denied and cracks open onto a possible panorama.

La Tenda_7 km: The artistic intervention La Tenda_7 km was realized in summer 2014 in Riace, Calabria. Riace is a village where the mayor Domenico Lucano invites asylum seekers to move into the empty houses of the village. The houses are empty because young people move because of precariousness or lack of work and the elderly who remain die with time. The artistic intervention consisted in spreading a curtain of satin ribbons through the village together with the people of Riace, in the streets, apartments, windows, above the roofs, balconies, through the gardens.