Long Night of the Churches 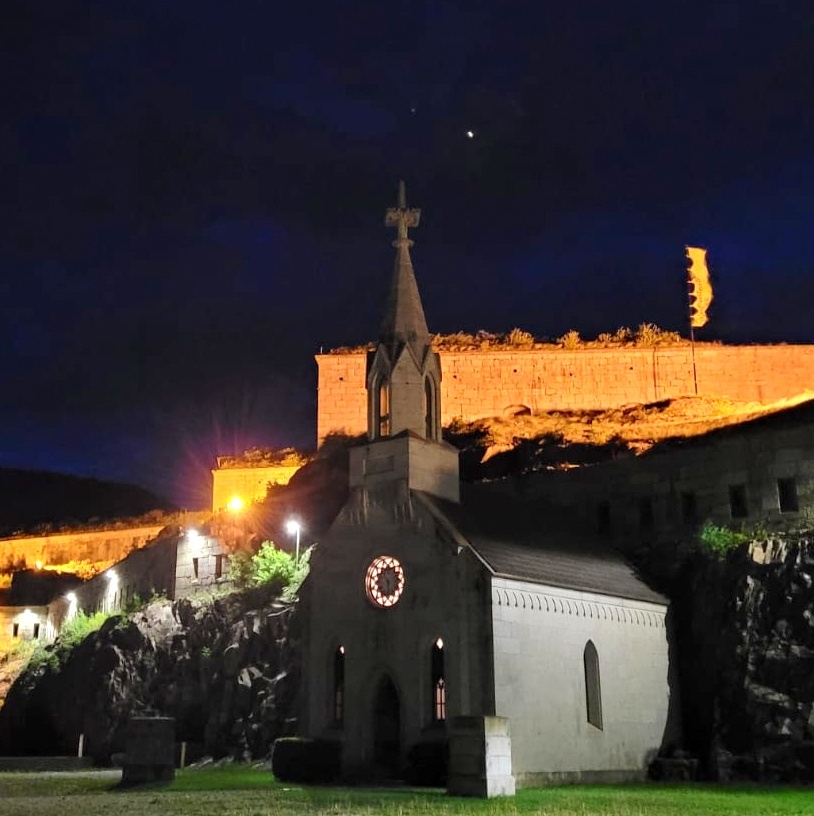 On Friday 28 May 2021, the Fortress Franzensfeste with the Fortress Chapel will take part in the nationwide Long Night of Churches for the first time.

The fortress chapel, one of the first neo-Gothic buildings south of the Alps, is located in the large inner courtyard of the fortress. It was built in 1845 and is even described in some historical sources as bomb-proof. The interior of the church is very small, in fact it can only seat 30 people. The coffered vault inside is reminiscent of the Pantheon. Two statues of Field Marshals Josef Graf Radetzky and Heinrich Freiherr von Hess originally stood on two pedestals in front of the chapel. Today, only the inscriptions on the pedestals bear witness to their presence.
Since December 2009, the church has been dedicated to the two saints Barbara and John the Baptist.

During the Long Night of Churches, everyone is invited to learn more about the chapel in Franzensfeste Fortress during the evening guided tours.

The short tours will be musically accompanied by Max Castlunger. He will be presenting his latest project, Upcycling Instruments. Self-made musical instruments such as drums, giant barrels, oil drums, hollowed-out tree trunks, tuned plastic tubes, sound chairs and much more will be used. The interactive performance takes place directly in the chapel, which has unique acoustics due to its coffered vault.

The light installation DAS LEBEN WILL BEWEGT WERDEN by the artist Petra Polli can also be seen. Polli has designed a concept for the International Day of Light on 16 May that deals with change and with the transformation associated with it. The work is understood as a triad. At three different locations, Polli installs writings dedicated to the theme of change.
The artist will also guide visitors through the three locations on this evening: the Herrengarten in the centre of Bressanone/Brixen, the square between the Neustift Monastery and the Engelsburg Castle and the Fortress Franzensfeste. The tour starts at 20.15 in the Herrengarten. Information on the programme: https://www.franzensfeste.info/transform-das-leben-will-bewegt-werden/

Further information on the nationwide Long Night of the Churches: https://www.langenachtderkirchen.at/dioezesen-seiten/suedtirol/home/