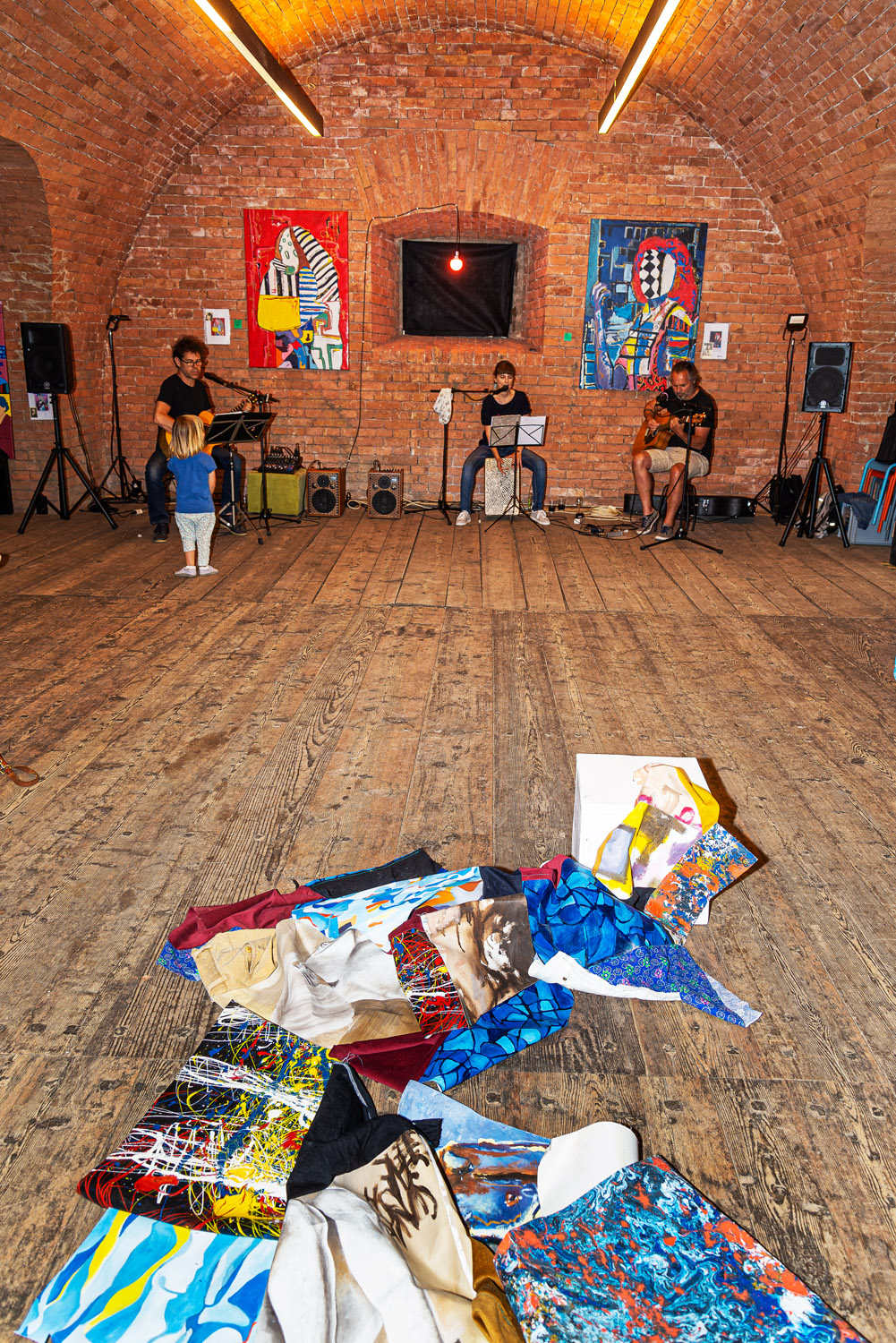 An overview of South Tyrol's artistic production will be inaugurated on Saturday, June 8th 2019 at the Franzensfeste fortress. 69 artists will exhibit in this edition.

The large art show 50x50x50 FREIRIRÄUME, supported by the Provincial Museum Festung Franzensfeste and the Oppidum Association, shows works by 69 artists who were born in South Tyrol or live in South Tyrol. As in 2011, 2013, 2015 and 2017, the current edition 50x50x50 is curated and managed by Hartwig Thaler. The protagonists of the exhibition are the artists, whose works declare the dance festivals to be a free space for art.

FREEDOOM
Doomsday for us has come
Performance by Peter|||KOMPRIPIOTR|||Holzknecht
When: 12.00
Where: Historical staircase to the Middle Fortress

NO RUSH
Musical embrace of the band NO RUSH to the artwork "CROSS-SECTION" by Peter Burchia
When: 12.30
Where: Building 34

"and then I coughed and my denture fell out."
Action by Vakhtang Sikharulidze & Alexander Wierer
When: not specified
Where: not specified

Afterwards the Oppidum association invites you to a buffet.

Admission to the museum is free on this day until 2 p.m.

The supporting programme to the exhibition:

26th of July, 8.30 p.m.
Divergencies
Concert for violin and piano in collaboration with AlpenClassica Festival

17th of August, 8 p.m.
space is only noise
Soundperformance by Tobias Tavella

7th of September, 8 p.m.
La casa fuori
Literature evening of the compagnia delle poete under the direction of Grazia Negro of Frahlingur LINGUAFRANCA