Reopening of the season with author Raoul Schrott 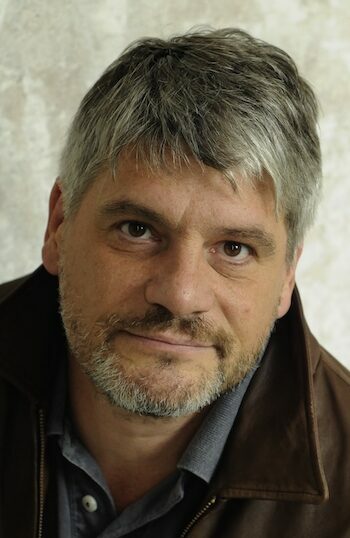 It was presented by the cultural journalist Marion P. Oberhofer

Borders and borderline experiences are the main theme that the two artists Julia Bornefeld and Michael Fliri explore at the Franzensfeste fortress with works on canvas, photographs, video installations and sculptures.

For Julia Bornefeld, the fortress became her studio for a time. On site, she explored the theory of morphic fields by biologist Rupert Sheldrake, who moves between developmental biology and parapsychology. Natural phenomena, snow and darkness, were inscribed in the series of works created in the process. In another installation of floating and sounding sponges, the artist blurs the line between animated and inanimate matter.

Michael Fliri also uses the fortress as a habitat for his chimerical creations. Masks and their different functions and meanings are a recurring theme in his works. The void, the empty space between the mask and the human being is at the centre of attention: where do I stop and where does the world begin? The artist develops magical scenarios for this passage in different states.

With Raoul Schrott, who reads from his "First Earth. Epos", the Franzensfeste fortress aims to bind himself to these narrations and phenomena, to deepen them and to intertwine the artistic possibilities of knowledge with scientific ones.

"First Earth. Epos" is the attempt of a contemporary epic on the human meaning of knowledge of the world. In mutable poetic forms, the author collects scientific knowledge and explores the epic dimension of natural history - from the Big Bang, to the creation of the earth, to biological evolution.

Physics, geology and biology, knowledge about the formation of the Alps, or the life of sponges, are rooted in the stories of individual characters and their life stories and thus become vivid. Raoul poetry makes Schrott's experience possible, what science speaks of in abstract terminology. Knowledge of the world is transformed into ethics. "First Earth. Epos" is an 800-page encyclopedic approach to man and his place in the world.

Raoul Schrott, born in 1964, is a traveler, researcher and poet. Many readers are familiar with his novels and poems, his great translations of the epic of Gilgamesh and the Iliad, his essays and discussions with other poets and scientists. He has received numerous awards for his work, including the Peter Huchel Prize and the Joseph Breitbach Prize. His most recent publications are the poetry collection Die Kunst an nichts zu glauben (2015), the essay Politiken & Ideen (2018) and a translation from French: Martin Schneitewind, On the Walls of Paradise. Novel (2019). Raoul Schrott lives in Vorarlberg.