The fortress potatoes go on a journey 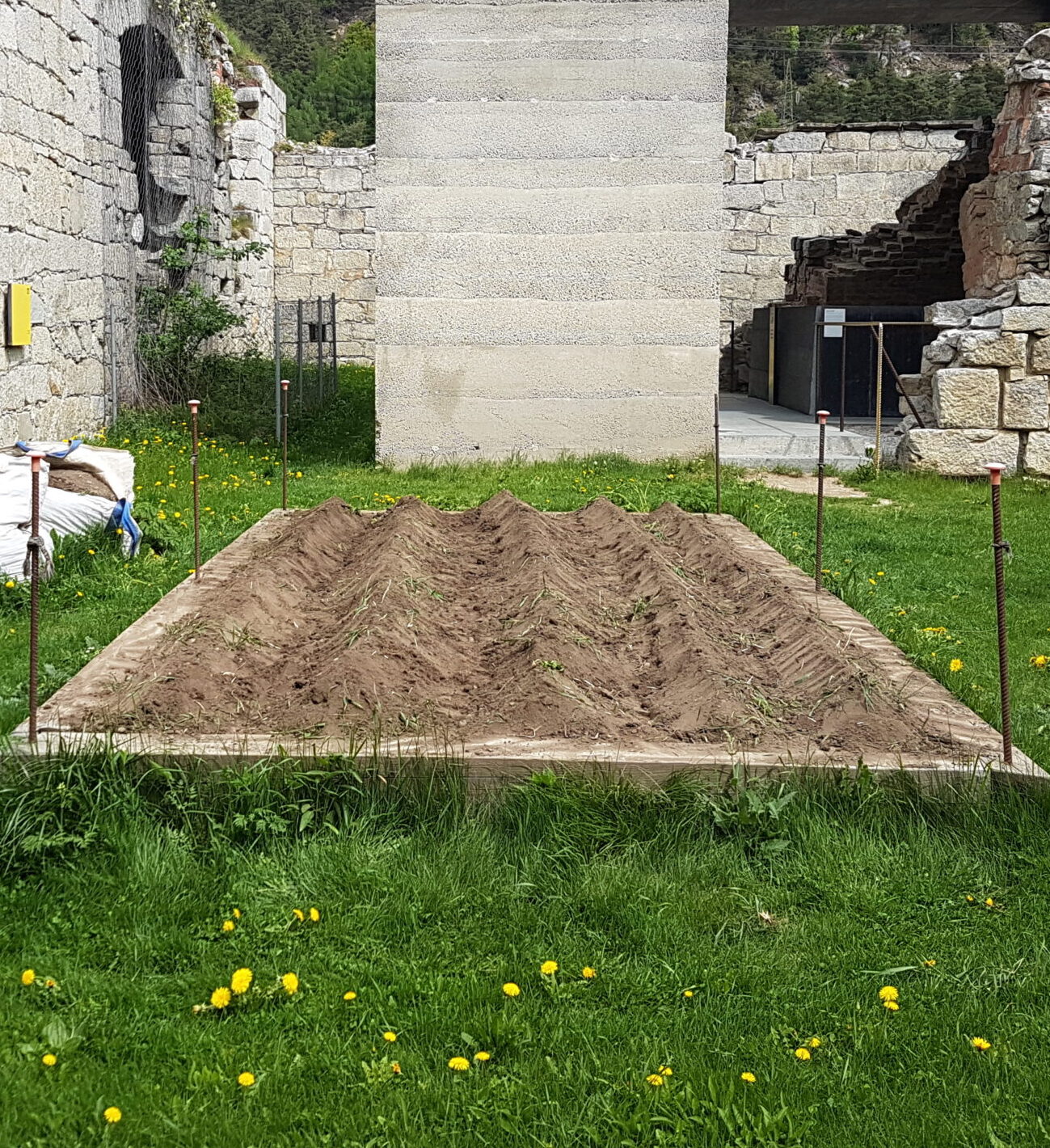 The newly harvested potatoes of the Terra project (2014-2018) will continue their journey and will be cooked at the end of the project, so to speak, to digest history.

Hannes Egger's EARTH PROJECT was created as a commemorative project as part of the centenary of the First World War and has been taking place in Franzensfeste fortress since 2014. At the centre of the project is the land of a theatre of war in Galicia and the potatoes harvested from this land every year. As a symbol of death and life.

With PROJECT TERRA, Hannes Egger turns his attention mainly to the events of the First World War, which took place in Galicia between 1914 and 1917, when numerous soldiers - including Tyroleans - fought at the front. Galicia, which today is partly in Poland and partly in Ukraine, belonged to Austria-Hungary during the World War and developed during the war years into a large battlefield on which hundreds of thousands of soldiers lost their lives. In April 2014, Egger went to the former battlefields around the fortress of Przemysl, near the Ukrainian border, and collected about nine tons of land there. He transported these 1,400 kilometers and brought them to the Franzensfeste fortress. The ground was unloaded in the fortress. The students of the Realgymnasium Meran then transported the ground - as part of the Caritas project 72 hours without compromise - from the lower fortress to the middle fortress and, together with the artist, planted a potato field there.

From 2014 to 2018, the potato field of the Franzensfeste fortress will be planted every year with seed potatoes from various places related to the First World War. In 2014 they arrived from Galicia, in 2015, coinciding with Italy's entry into the war, from Val di Gresta on Lake Garda, from Verdun in 2016 and from the Dolomites in 2017. On 1 May 2018 - for the last year of the project - potatoes were planted from Vienna.

Part of this year's potato harvest is on the way:

On Friday 21 September at 7 p.m., Hannes Egger will serve the fortress potatoes as part of a culinary show as part of the Made in Büchsenhausen exhibition at the Künstlerhaus Büchsenhausen in Innsbruck.

On Sunday, October 14, at 3.30 pm, Hannes Egger will cook Project-Terra potato soup at Fort Garda. At 2.00 pm there will be a guided tour of the fortress with the presentation of the book "Memories in uniform. Austro-Hungarian Officers in Trentino at the time of Franz Joseph" by Nicola Fontana.

In November, on the anniversary of the end of the war, the project will be crowned by the fortress of Francesco Giuseppe. Details will follow shortly.