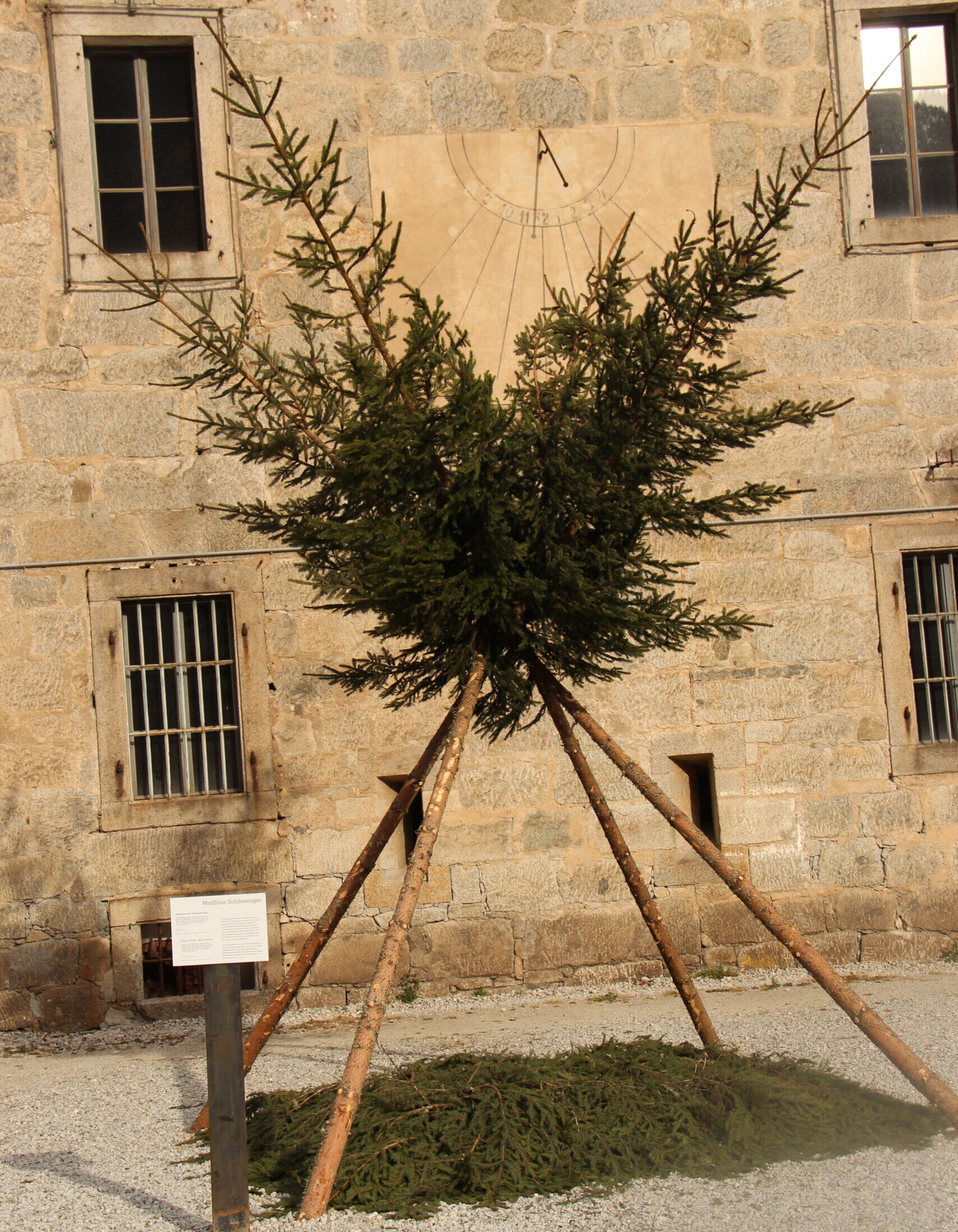 Advent events at the Fortress: poetry and music

As part of the exhibition "Advent Art", which critically reflects on the commercialisation of Christmas through works by Elisa Grezzani, Ruth Gamper, Hartwig Thaler, Matthias Schönweger, Jörg Zemmler and Peter Verwunderlich, the Provincial Museum Fortress is organising two special events on 7th and 8th of December.

On Friday evening, December 7th, from 7 p.m., the audience was offered an intensive, touching conversation between poetry and music. "La sacra conversazione" with the cellist Francesco Dillon, the poet Roberta Dapunt and the violinist and composer Marcello Fera is a combination of reading of poems by Roberta Dapunt and concert with compositions by Marcello Fera. The programme, specially conceived for the event, includes pieces of music and poems that focus on the artistic exploration of each other's work and performance and their close friendship. Marcello Fera's composition "La sacra conversazione", his translation of the poem of the same name by Roberta Dapunt, is the title.

On Saturday, December 8th at 4 p.m. the play "Morgenstern und Mondendinge" (Morning Star and Moon Things) was performed for children from 4 years and adults. In this mix of puppet play, drama, shadow play and music, players Sabine Hennig and Saskia Vallazza whisked the audience away into the world of colourful mythical creatures and crossword plays by Christian Morgenstern. This charming and wittily staged revue with well-known and less well-known poems by Christian Morgenstern invited the audience to continue writing poems, laughing, smiling and singing along for young and old and opened eyes and ears to the world of poetry.

Afterwards, hot drinks and sweet Christmas cookies were served around the campfire.