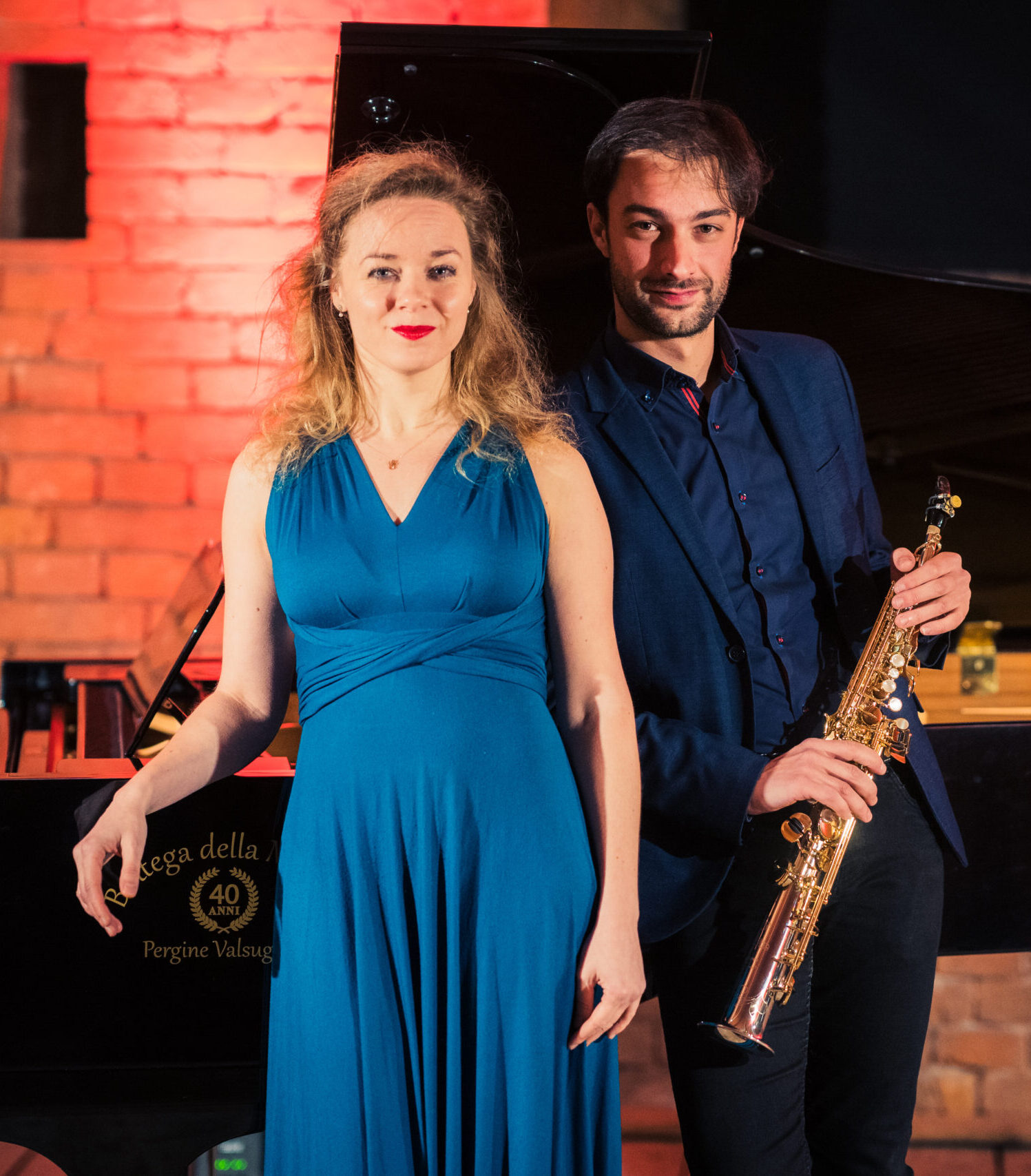 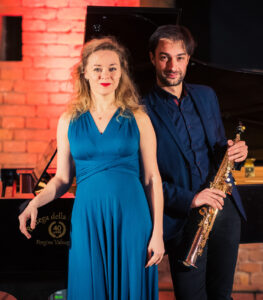 Exhibition of the Duo Exception in the context of Advent Art

The duo Exception consists of Veronika Kopjova on piano and Massimiliano Girardi on saxophones; two eclectic musicians who are at ease in different musical styles. The repertoire ranges from classical to contemporary music passing through world music.

The Christmas Chants program offers music from the repertoire chosen exclusively for the Advent Events.

Since 2014, Veronika Kopjova has been a co-petitor at the Universität für Musik und Darstellende Kunst in Vienna and completed her studies at the Lithuanian Academy of Music and Theatre in Vilnius and the University of Music, Drama and Media Hannover.
Massimiliano Girardi teaches saxophone at the conservatory of Trento and is the organizer of the first euroregional festival of classical music called "Alpen classica Festival" and the first euroregional festival dedicated to saxophone called "Alpen classica Saxfest". He studied at the Conservatory of Milan and at the MUK in Vienna under the guidance of M. Lars Mlekush.

As musicians they have performed in the largest international concert halls such as the Concertgebouw in Amsterdam, the Musikverein in Vienna, the Konzerthaus in Vienna, the Verdi Hall in Milan, the Milan Triennale, the Belgrade Philharmonic and the Academy of Music in Katowice and Krakow and many others.
They have also performed at important festivals such as Wien Modern, Lockenhaus, Pro Musica Mallnitz, "Klassik in Spandau", "Choriner Musiksommer", Transart Festival and Mahler Musikwochen.