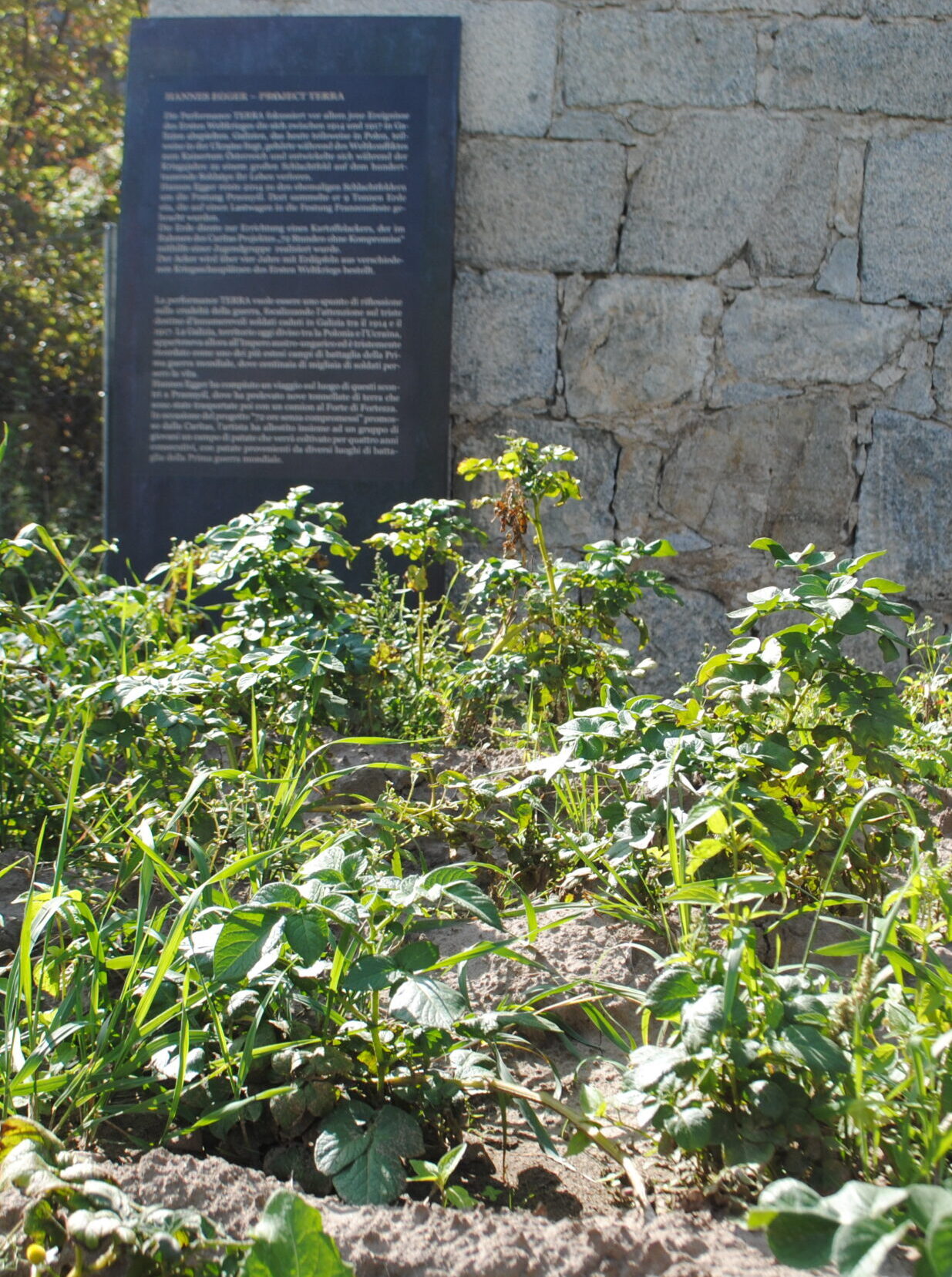 Kartoffel-Happening - Finale IV
On Saturday, 30th of September, Hannes Egger will harvest potatoes from the "Project Terra" field for the fourth time and cook them into a soup.

The "Project Terra" is an artistic intervention initiated by Hannes Egger on the centenary of the First World War. In 2014 he travelled to the former battlefields in Galicia and removed almost 10 tons of earth, which was taken to the fortress of Franzensfeste to plant a potato field.

Since then, every year, potatoes from different combat zones of the First World War have been growing in the field of the middle fortress. Until now, the seeds came from Przemyśl (Poland), Val di Greta (Lake Garda), Verdun (France) and this year from the Dolomites (South Tyrol).

In a collective happening as part of the finissage of the exhibition 50x50x50 At the conquest of new territories, freshly harvested potatoes will be eaten as a soup from 7 p.m.