The worlds of Ligabue 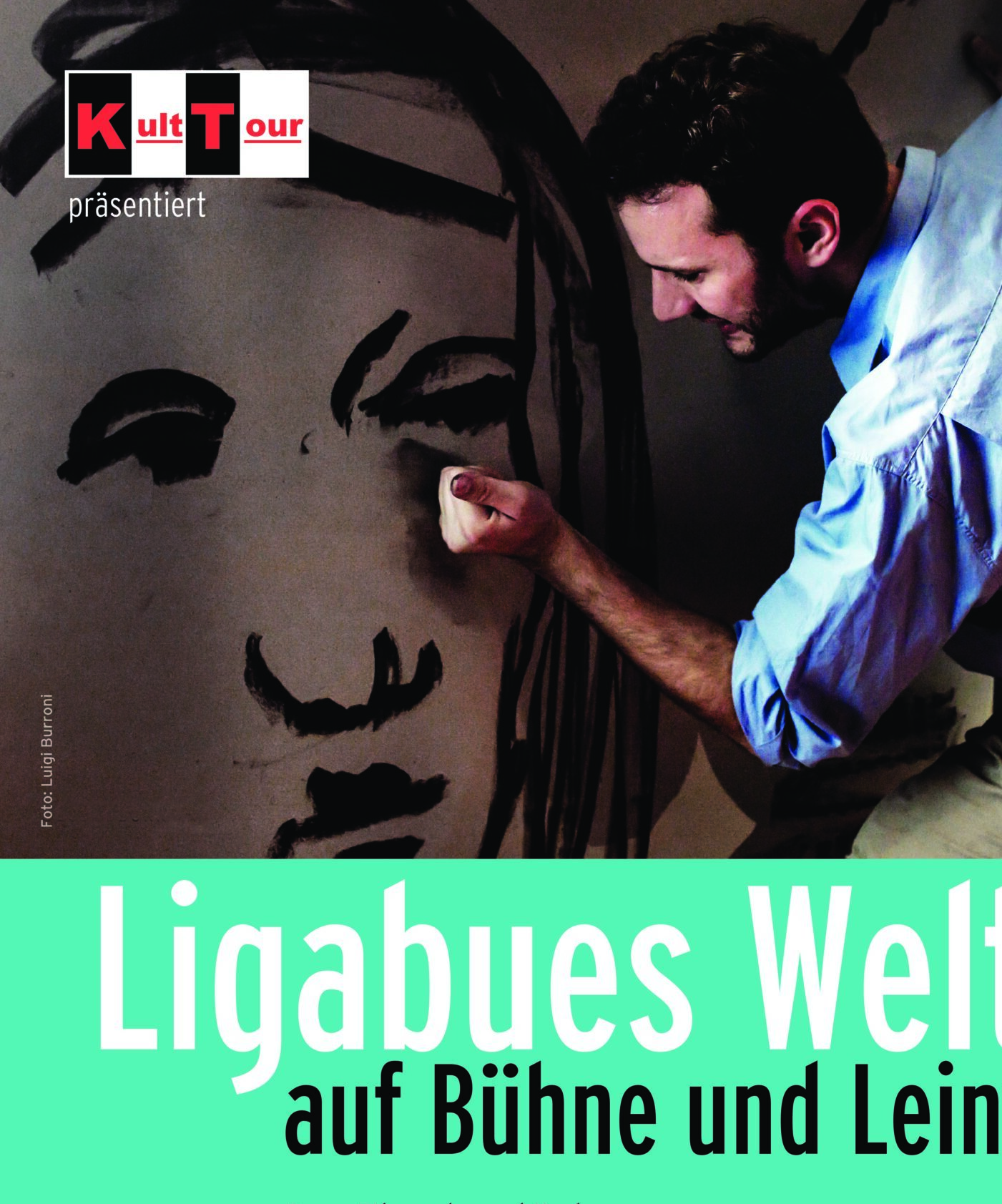 Ligabue's worlds - on stage and on screen

This extraordinary project of the association "KultTour" combines theatre and painting in a new way. The play "A kiss - ANTONIO LIGABUE" about the painter Antonio Ligabue is accompanied by an exhibition by various South Tyrolean artists. The performance and exhibition in the fortress of Franzensfeste is the prelude to a tour throughout South Tyrol.

The play "Un bacio - Antonio Ligabue" by Mario Perrotta, starring Marco Michel, tells the story of the Italian-Swiss painter Antonio Ligabue: raised in Switzerland with adoptive parents, forcefully deported to Italy at the age of 19, mocked there as a village idiot and celebrated as an artist only very late, Ligabue has always been driven by an incredible creative power. Actor Marco Michel is increasingly immersed in Ligabue's past, drawing large-format portraits with which he enters into a dramatic dialogue. In this way, the drawings become game partners and the audience witnesses a misunderstood person. These are the themes of exclusion, madness and art - and the question of the madness (real or presumed) of outsiders or societies.

Marco Michel studied acting at the Bavarian Theatre Academy August Everding in Munich. He has participated in international productions and guest performances on stages in Munich, Milan, St. Petersburg and Beijing. He works as a freelance actor for theatre, cinema and television and lives in Berlin.
Mario Perrotta is an award-winning Italian author and director. He was awarded the theatre prize "Premio Ubu" for the play "Un bacio - Antonio Ligabue".

The play was translated into German by Gabriela Zehnder.

During the performances the images of the South Tyrolean artists Evi Gasser, Hermann Oberhofer, Lars Klauser, Markus Damiani, Renate Niederfriniger and Andrea Rabanser will be exhibited on stairs.

Information about the project: