50x50x50 everything for everyone 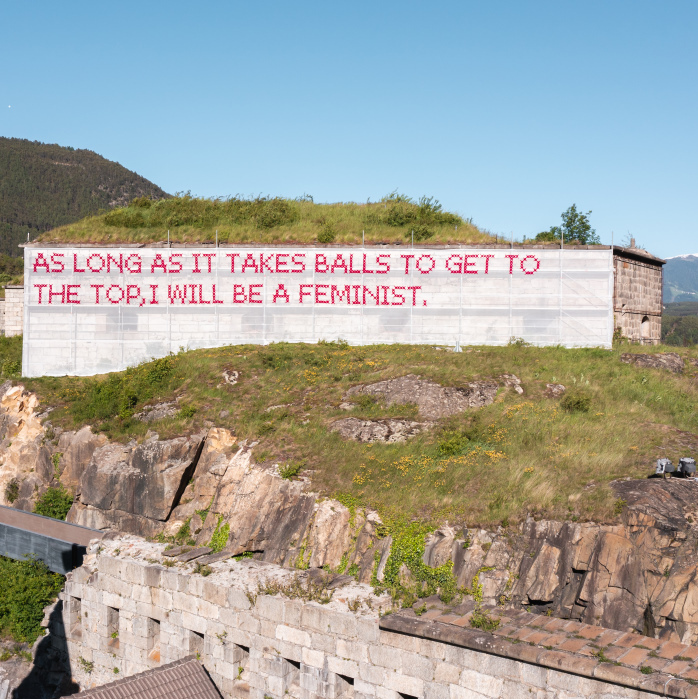 This year, the exhibition format 50x50x50, conceived as a Bienniale, is part of the Euregio Museum Year on the theme of mobility, transit and transfer and will be placed in a supra-regional context for the first time.

For the first time, artists from the three european regions of Tyrol, South Tyrol and Trentino have been invited to submit their works to the sixth edition of 50x50x50.

Franzensfeste Fortress itself is a junction between north and south and west and east: it is crossed by two railway lines, the main road and the motorway. Thus not only is traffic omnipresent in all its forms, but also movement in the broadest sense of the word. Movement enables exchange, exchange between cultures, between people of different languages and origins, of ideas and knowledge, and gives rise to relationships and cohesion.

Hartwig Thaler, who has been the artistic director of the Biennale since 2011, took up this theme and formulated the following considerations for this year's 50x50x50.

Art gives everything for everyone.
What it was, is and will be.

"Everything is intended for everyone – for the black and the white, the yellow and the red; the normal and the non-normal; the orthodox and the misfit, the poor and the rich; the laughers and the criers – for all in equal measure. The language of art is universal: it is understood by all and addressed to all, with no one excluded.

Art is the worldwide, timeless search for enlightenment as well as the unrestricted transfer of all visions from what was conceived and created. Because art cannot be possessed but only experienced, because art can always be divided into equal parts for all, it becomes not less but more, with everything that is in it and comes from it belonging to everyone.

The dream of a world free of war and violence and the sorrow and powerlessness of the actual existing one. The longing and hope for justice and equality among human beings and the suffering upon recognition of what has actually happened. The joy at the beauty and the happiness in the face of the splendours of nature and the outrage at its poisoning and despair in the face of its destruction.

Not everything can be imposed upon everyone,
nor everything given to everyone.

Penetrating territories in deep yet unlimited ways in its comprehensive, capillary mobility, art always gives everything that it was, is and will be – for everyone."