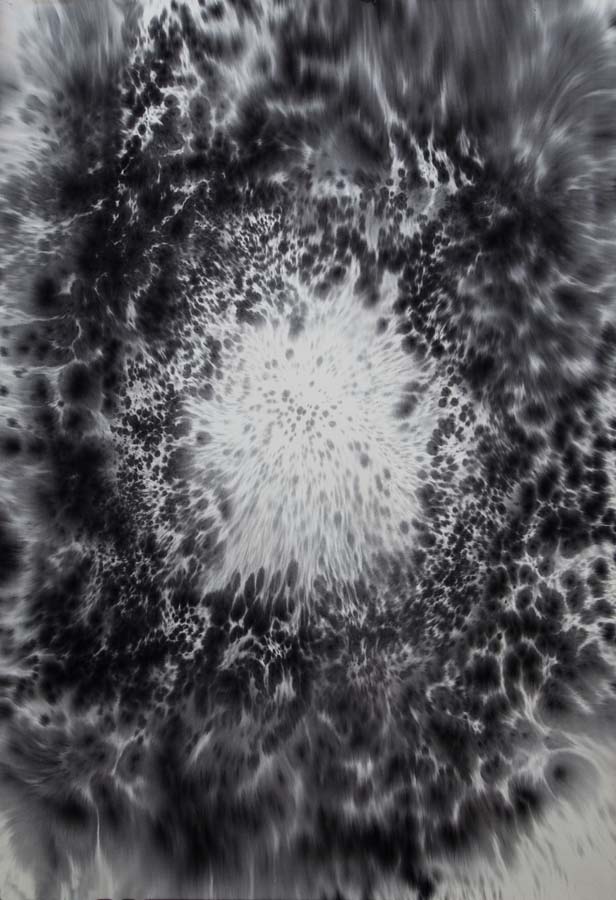 With the exhibition "Border Crossings. Julia Bornefeld & Michael Fliri", the Franzensfeste fortress continues on the red thread of contemporary art and at the same time proposes a new format. The two artists engage in a dialogue with the spaces steeped in the fortress' history, confronting some of the main themes of the future new permanent exhibition: boundaries and the experience of boundaries.

The exhibition combines new and old works, the latter reinterpreted according to the place: canvases, photographs, video installations and sculptures, placed in dialogue with each other and with the rooms of the Habsburg fortress. Partly based in South Tyrol but also known far beyond its borders, Bornefeld and Fliri face this creative challenge in a different way.

In autumn 2017 and spring 2018 Julia Bornefeld installed her atelier in the fortress for several months, drawing direct inspiration from it. Months during which the fortress, for many people unapproachable and impenetrable, became an ally for Bornefeld. The icy wind, the abundant snow, the adjacent artificial lake covered by a thick layer of ice, the winter temperatures and the light conditions of the inner courtyard, always in the shade, led Julia Bornefeld to experience her own limits in many ways. "It was a place halfway between jail and church, with the charm of those exhibition halls built in Berlin in the former factories after the fall of the wall", the artist herself defines it.

In this period of time several cycles of works entitled "morphic fields" were born, which with their monochrome align themselves with the atmosphere of the fortress in winter. The reference is to the theory of morphic (or morphogenetic) fields of the biologist Rupert Sheldrake, according to which organisms influence each other by their mere presence.

In the exhibition, some of these works on canvas and a video created in collaboration with the film artist Michael Beyer are combined with three installations. The first is "Ephemere", an iridescent luminous object reminiscent of the chandeliers of the early twentieth century in terms of size and brightness; only a closer look reveals that it consists of thousands of copper-coloured one-cent coins - a sumptuous allusion to the fleeting nature of money and the transience of values. Then there is "Alba", a stylized Italy that protrudes into space, made of juxtaposed strips of carbonized wood. The work takes up the trend of the so-called "arte povera" of the late '60s and '70s, referring to today's reality of migratory movements. And finally "Porifera", a sound and light installation suspended in the void, a tribute to the fascinating world of sponges.

Those who have followed Michael Fliri's artistic career until today know him mainly for his performances and know that the definition of artist that "borders" (between places, genres and artistic choices) fits him well. However, Fliri does not only cross borders between artistic forms, probing the boundaries between film, photography, sculpture and sound, but especially within his work. From a need Michael Fliri seems almost obsessed: that of always making the intermediate space, the cavity, experimentable and visible again and again. For example as a cavity (with high psychological intensity) between face and mask in the sculptures made with masks from the cycle "Where do I end and the world begins"; or as vital breath in the photographic series "My private fog II", where, depending on the intensity, the artist's breath makes the subject portrayed more or less visible, his own face wrapped in transparent film. Fliri orbits continuously and with fine irony around the theme of metamorphosis, of passing to other states, of being near oneself and being outside oneself, and designs magical scenarios for this purpose. The sculpture "Archeological inflation", on which he worked at full speed until a few days before the inauguration together with his art director Antoinette Bader and a glassblower, is exhibited for the first time: composed on raised floors covered with leather, blown glass balls shine under metal mesh transforming the space (also) into a sacred place, or, again, into a place between "jail and church".