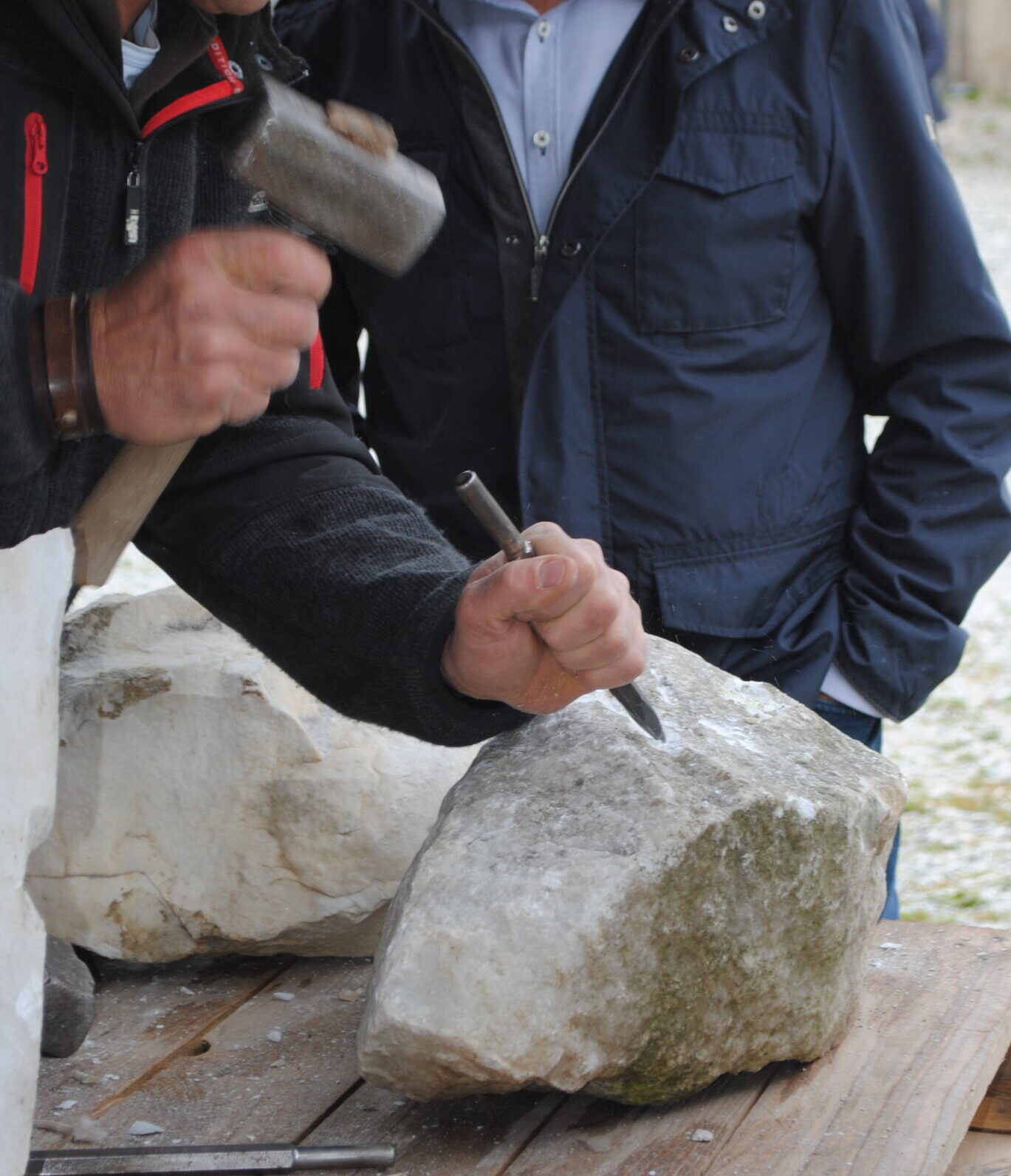 Under the slogan "Museums - the future of living traditions", on Sunday 19 May, the fortress of Franzensfeste and 52 other South Tyrolean museums also celebrated International Museum Day. On that day, the fortress could be visited from 10 a.m. to 6 p.m., with free admission; in addition, more than 15 special guided tours, two creative workshops and a small theatre for children from 4 years of age were organized.

Following this slogan, this year the Provincial Museum of the Franzensfeste fortress has focused its attention on the silver granite appearance of the fortress, with a programme dedicated to the charm and importance of stone in the past and present.

In the years from 1833 to 1838, 250,000 cubic metres of granite were extracted from the quarries of Falzes and Spinga and used for the construction of the fortress, which required the commitment of specialised stonecutters and stonemasons from Northern Italy and a total of 4500 labourers from all the countries of the Austro-Hungarian Empire. Today, equally impressive granite excavation work is underway at the construction sites of the Brenner Base Tunnel (BBT) near the fortress. Inside the fortress there are the Infopoint and the BBT observation point.

For Markus Gasser, a sculptor living in Brixen, the hardness of the granite represents a particular challenge, which has been absorbing it for many years now. A work by the artist was exhibited in the fortress and the visitors, equipped with goggles, hammer and chisel, were able to try their hand at sculpting, trying - under the guidance of the artist - to sculpt on stone blocks.

At the same time Mirijam Heiler held a bilingual workshop for young and old. The participants were invited to put themselves in the role of builders and to collaborate on a collective installation.

From 4 p.m. onwards, children from 4 years of age were able to watch an entertaining puppet theatre, by and with Sabine Hennig and Saskia Vallazza, who narrated the feats of a knitting turtle, a dazed cat and bees whirling.

The Black Box team took care of the food and drinks during the day. Homemade natural ice cream was available at Andrea & Co.